Showing posts from February, 2016
Show all

The Problem of Hell. 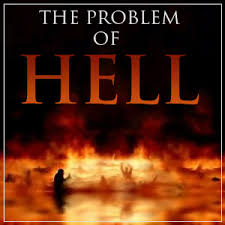 If Paul was negligent to preach a part of the Gospel could he declare: "I have not shunned to declare unto you all the counsel of God" (Acts 20:27).

Or truthfully say: I" kept back nothing that was profitable unto you, but have shewed you, and have taught you publicly, and from house to house." (Acts 20:20)

If we were recipients of Paul's letter to the Romans, the Corinthians, Galatians, Ephesians, Philippians, Colossians, or Thessalonians, or by reading his letters to Timothy or Titus, we would have NO exposure to "HELL"! Paul said he "did not shun to declare the counsel of God," but he certainly shunned to declare anything about "hell." Don't you think that is strange? I mean, if spending eternity in hell was such an important doctrine of the Gospel as religion claims it…
Post a Comment
Read more

Is the Hell gospel the Gospel of Christ? 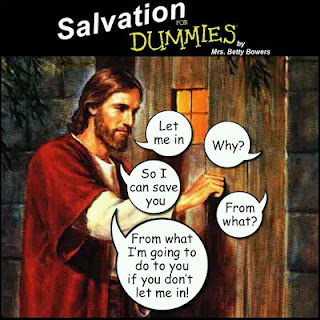 "Hey Mr. Sinner, want to come out to church tonight to hear the true Gospel of God's Grace and Love."

"Do you believe that God loves me?"

"OK, I would like to hear how I am loved by your God of love. God knows I need love."


Below are excerpts of the sermon the "sinner" heard.

...There is no want of power in God to cast wicked men into hell at any moment. Men’s hands cannot be strong when God rises up. The strongest have no power to resist him, nor can any deliver out of his hands.—He is not only able to cast wicked men into hell, but he can most easily do it....There is no fortress that is any defense from the power of God. Though hand join in hand, and vast multitudes of God’s enemies combine and associate themselves, they are easily broken in pieces. They are as great heaps of light chaff before the whirlwind; or large quantities of dry stubble before devo…
Post a Comment
Read more

The Prison House of Religion 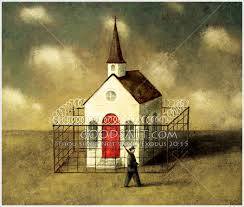 WELCOME TO THE PRISON HOUSE OF RELIGION.

Eternal Suffering is it Biblical? 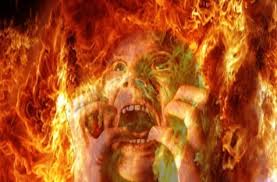 The concept of endless suffering forever and forever in the torture chamber of hell fire is not a product the Old Testament nor a product of the teachings of Jesus or the writers of the New Testament.

Yet Religion teaches such a diabolical distortion of the words translated as "hell" by depraved minds who promote such an atrocity as the Gospel of Christ As the following quotes reveal.

"See on the middle of that red-hot floor stands a girl: she looks about sixteen years old. Her feet are bare. Listen; she speaks. “I have been standing on this red-hot floor for years! Look at my burnt and bleeding feet! Let me go off this burning floor for one moment!” The fifth dungeon is the red-hot oven. The little child is in the red-hot oven. Hear how it screams to come out; see how it turns and twists itself about in the fire. It beats its head against the roof of the oven. It stamps its little feet on the floor. God was very good to this little child. Very likely Go…
Post a Comment
Read more
February 24, 2016 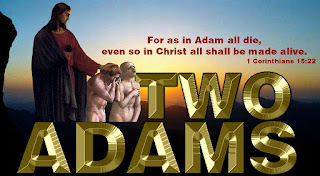 Why do religious people believe without reservation that two naked fallible human beings in a Garden ate of the forbidden fruit...that resulted in ALL of humanity being made sinners?

Yet, Jesus..."The God Man"...comes to earth to save the people of the world, was crucified, died, and rose again...but the outcome of being reconciled to God does not apply to ALL people...and because I dare claim Jesus really was 100% successful in His mission to reconcile ALL people of the world to God through His finished work on the cross...some religionists call me an apostate and a heretic traveling the slippery slope that leads to the sinner torture chamber in the fires hell.

There is a big discrepancy in the religionists way of thinking...Most, if not ALL religionists believe in a universal outcome that includes ALL people because of the sin of a mere man named Adam; but when it comes to "The God Man"...Jesus...regarding His sacrifice and His ability to affect A…
Post a Comment
Read more
February 24, 2016 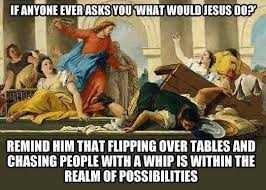 The Whip of Jesus.

The modern church, whether large or small place an emphasis on quantity and membership.

The Community of the Redeemed that Jesus is building...places emphasis on quality and relationship.

Jesus Himself stressed that "narrow is the way and few there be that find it." We have one instance recorded in scripture where Jesus used a whip to drive religious people out of a building because they were using God as a means to meet their own selfish desires.

I wonder if Jesus came in His humanity once again, would He take a whip to people in denominated buildings because of the deceptive actions that are taking place as His Gospel?