Who is in a Fiery Burning Hell NOW? 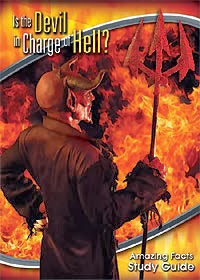 The religious world's concept of hell's torturer chamber of everlasting fire and brimstone, the idea that the Devil is  living in hell as the chief superintendent ruling over demons and  forking out punishment to the thousands of people who die daily and go there has its roots more in religious myth than in biblical truth.

For example, when provoked by doctrines that go against their doctrinal stance, or religious rules, they contemptuously scorn those teachings as “doctrines from the pit of Hell”, or they may respond to wicked deeds as having been inspired by “demons from Hell”. Yet, the Bible clearly states that the Devil and his angels came to earth from heaven, not from Hell (Isa. 14:12; Rev. 12:7- 12).

Has God been torturing the first sinner to die from the time of His death unto the eon's of eternity? If so, what sins would this person have done to warrant being punished longer than...let's say Hitler...that warrants longer tormenting by the devil and demons? "And the devil that deceived them was cast into the lake of fire" Rev. 20:10...ABSOLUTELY NOT...the devil will be cast into the lake of fire by God at a time determined by God.

Do the wicked dead go to hell when they die...NO NOT ONE..."The Lord knoweth how to deliver the godly out of temptations, and to reserve the unjust unto the day of judgement for punishment.