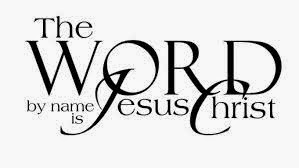 The “Word of Truth” that is ever unfolding is Jesus the living “Word.” Jesus... not the written word recorded in a leather bound book called the Bible...is the “All Truth” of God. Jesus is the Word made flesh dwelling in our hearts by the Spirit...God's chosen “Teacher” for His Community of the Redeemed.

The religious institutional church argues that the Community of the Redeemed left to themselves to hear and follow the voice of the Spirit is a dangerous theology because people will stray into doctrinal error and deception. How arrogant of them to say this when Jesus said that “His people know His voice and the voice of a stranger will they not follow.” Religion has deceived people into believing that the voice of Jesus speaks through them and have dulled the ears of God's people from knowing the voice of the Spirit for themselves. The acceptance of man-made doctrine and theology that is accepted as biblical within man-made religion is rampant...are they really fearful that if people were left to follow the voice of the Spirit they would fall into deception...or...are they fearful that the doctrines they so adamantly hold to will be exposed as false and they would lose control over the Community of the Redeemed and end their domination of His people.

Do you think for one moment that the people heard and heeded the voice of Jesus when they formed the thousands of denominations and religious sects, most of which are in disagreement and opposition with each other, all claiming what they believe and teach is “the truth”? Do you really believe that Jesus would sanction something that would prevent the His prayer for the unity of His Body from ever coming to fruition?

I find it ironic that religious people will judge people by their external traits, yet cannot judge their unscriptural and unspiritual teaching and doctrines as wrong. Not only do they usurp the position of Jesus as the “living Word of God”...they also do not know the written word of God that they mistakenly call the living Word of God.

Which is more apt to lead people into dangerous and divisive heretical theology...the religious system of today...or...trusting Jesus to lead us into all truth by His Spirit in our living life as the Community of the Redeemed?

The letter of the law and denominated based unity leads to greater division and segregation of the Body of Christ!

That does not mean that the Bible is not valid...but...when we limit God to our human interpretation and understanding of scripture we resist the Spirit from revealing its truth regarding spiritual things. The Spirit must be allowed to enlighten our understanding of scripture and that the scripture is only of spiritual value as they lead us into the same relationship the Jesus and His Father experienced. A relationship of LOVE and UNITY.