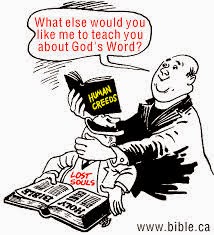 Often, when criticisms are felt to be most convincing, religionists will attempt to divert attention from the issues by attacking the character of their critics.

The criticism that upsets the religionists is the assertion that they elevate scripture to the level of Christ, if not over Christ.

I know how unsettling this thought can be because I was once under the influence of such deception myself.

Defending the Bible became very disturbing to me when I observed that the best efforts to defend the Bible did nothing but win or lose an argument and distract people from developing a genuine relationship with Jesus by not hearing the gospel of God's love and grace.

I believe that bringing people into a genuine relationship with Jesus is more important than defending the Bible. In defending the Bible we get bogged down on matters that are inessential to salvation's relationship. Discussions seldom reach a point at which the love that God demonstrated to us through Jesus would be expressed.

I did not know then, as I do now, that people do not have to put their faith in the Bible before they can believe in Jesus. I have heard preachers say, “If you have doubts about any part of the Bible, then no one could be sure of their salvation” and “If you don’t believe the Bible is the inerrant word of God, you can't trust any part of it therefore, you can’t believe in Jesus at all.” I honestly thought, as many religionists still do, that you could not be saved if you did not believe every jot and tittle of the Bible was literally true.

People rarely, if ever, responded favourably to arguments about the inerrantcy and authority of the Bible.

The cumulative effect of all this elevates the Bible to the point that trust in the Bible is equivalent to or, at least, prerequisite to trust in Jesus. After all, “What do we know about Jesus that we don’t learn from the Bible?” Whenever trust in the Bible is required before Jesus can be trusted, the Bible becomes an idol. The Bible, rather than Christ, becomes the mediator between God and man. The record of God’s progressive revelation of Himself has become an object of faith that obscures rather than illumines the true subject of our devotion...God’s supreme revelation of Himself in Jesus Christ. 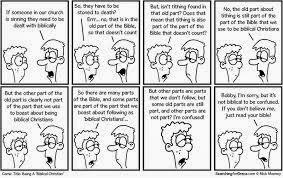 Do you believe that God will excuse religionists for proclaiming the Bible...the “written word of God”...is the the “Living Word of God” even though the Bible makes no such claim of itself?

Let's value the Bible for what it is, the “written word” that points to the “Living Word”, Jesus our redeemer.