The Community of the Redeemed is more about Relationship Quality than it is religious Numeric Quantity. 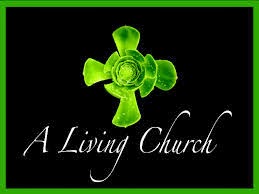 The institutional church loves so-called measurable quantifiable successes, and statistical measurements to satisfy their head office hierarchy and keep them from pulling the plug. Denominations that are in decline decide something has to be done to turn things around. Many turn to measurable programmed membership drive events as the only hope for a reversal of the decline they find themselves in.

Many denominations become preoccupied with trying to reach some kind of agreement over a measurable program they can use to measure membership increase. To raise caution regarding measurement solutions at such a time will get one labeled an enemy of positive change or a lazy good-for-nothing who is unconcerned about the decline in membership in the "church".

The way that institutional churches determines moral obligation and the viability of a denomination is that the end justifies the means in that there has to be enough members to financially support the operation of the business. Thus, the mandate to initiate programs and special events that have very little to do with the gospel where the outcome is to increase congregational membership to make the institution a viable success in the eyes of the institutional hierarchy.

The means for measuring success and failure in the institutional church violates the values of the gospel they claim to uphold. Add ecclesiastical authority and power to the measurement pot and things get especially manipulative and controlling. Those in hierarchical leadership positions of privilege are seldom backward in saying they are led by the Spirit when it comes to defining objectives for the people to advance numerical growth, and then there is the perceived spiritual privilege associated with church leadership positions where it is understood that they are the pipeline from God to the pew-warmer to channel spiritual matters that God wants known to people. This identification of desired outcomes mandated by actions subjected on the people does not reflect God's gospel of grace. The pew-warmers become pawns in the drive for measurable results.

Call me an heretic if you like, but I’ll hold myself accountable to the objective worth of people and God-determined value of others, above seeking to please the religious hierarchy structure and support schemes of measurable objectivity to influence head office personnel that the institutional "churches" are a viable operation.

Numeric quantity and all the subjective programs initiated by man-instituted leadership to reverse declining church membership is not rooted in scripture. It is rooted in a larger struggle erupting throughout the world system in recruiting. It boils down to leadership insecurity over survivability among their particular denominations. Quite honestly, we’ve spent way too much energy worrying about whether this or that expression of the church should continue. The language of measurement and outcomes is often not so much a courageous response to the world as it is an insecure attempt to mimic the world. Perhaps if we strike a bargain with “trending” values we can remain viable a little longer.

Let’s face it, not many people outside the church care if the respective denominations come to naught, and I don’t blame them. People could not care less about fashionable attempts to attract them. If anything, they want church people to be...well, to be like Christ. By that they mean loving in the way that Jesus taught. People are influenced by unceremoniously caring and loving people. Such examples challenge and invite them into a more meaningful life. The last thing people respond to is one more “denominated sect” concerned about its survival. They know when they are valued because of their intrinsic worth and when they are being considered targets of some organizational agenda using manipulation to get them to join their ranks.

A lack of interest in measurement is no excuse for sloppy relationship. Those who know Jesus and his redemption will be moved to bear the fruit of love. Yet a church that assigns value based on desired measurable results is not the Church of Jesus Christ.

There is a danger in living among people in a love that refuses to calculate outcomes. We just might end up with a church full of broken, bruised, wounded people. People like you and I. People like those put off by self-righteous obsession with budgets and strategic growth plans to attract those who can contribute financially to the monopolized agendas of man. We might end up with all kinds of people wanting “in.” We may not know how to handle  such people, how to fit them in, how to make sure they conform to our agenda expectations. That is good because then we realize that it is no longer about us, it is all about Him and His work in and through us to show these people Jesus!

Love without expectation? Lord knows people don’t experience much of that in our religious church-going culture. There has never been a time in human history when the gospel is more relevant, more deeply appealing, and more promising than today. But we will have to get out of God’s way by living His Gospel of Grace and Love among such people.

Being disciples of Jesus and not of denomination affiliation is paramount. Making sure that we live kingdom reality is necessary. Challenging one another to be the best we can with the best news our world will ever know is a must. But it is not about measuring man's agendas.

We should think very clearly before we presume to calculate value, and we should honor the worth of ALL people, before we attempt to measure anything.

The success of the "Church" is valuing the worth of all people and the quality of living the gospel, not the quantity of people we can attract to buildings called churches.