Is Living by the Religious Traditions of the Past Hindering the Work of God in the Now? 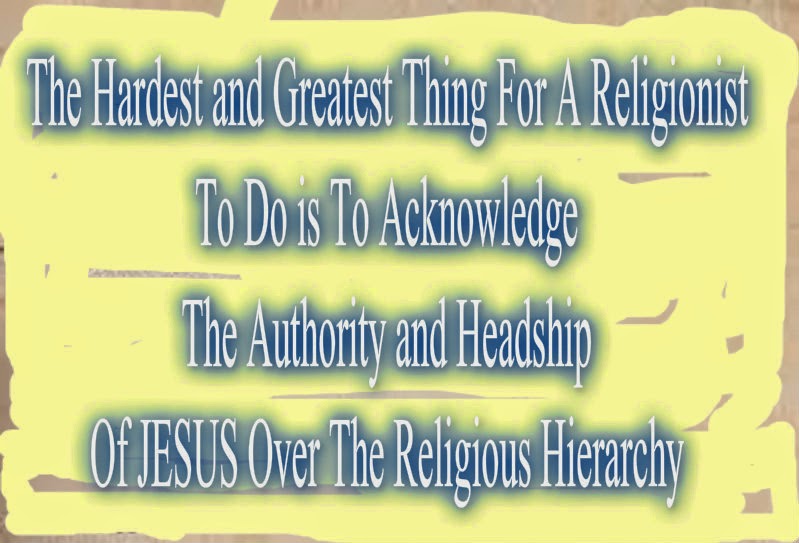 Is the religious practice of looking back in bible history to established Old Testament laws, traditions and man-made creeds as a safe guard against error valid? On the surface this seems like spiritual wisdom...but is it really? If our mind is focused on the past we will develop our perception of God based on what He established in the past or what men said about Him and built traditions. If our focus is on the mark...Jesus...we will forget those things which are behind and press forward, allowing the Spirit of Truth to lead us into spiritual truth. Looking back and refusing to let go of the things that we can relate to such as, performance driven agendas that gives us comfort and meaning because we can measure our success on some man-invented spiritual scale, we stagnate spiritually and resist the Spirit that is trying to lead us into all truth and revert back to the former religious way of doing things. (See Philippians 3:10-14)

The Grace Gospel is to follow the example of Paul.

The mixture of the Law and Grace Gospel of religion follows the example of Peter before his revelation as to the Grace Gospel.

Jesus repeatedly challenged everything that Peter had previously learned by stripping away everything Peter thought was sure and certain truth, even his confidence in his own ability. Yet religion has chosen the path of Peter's thinking regarding what the way things used to be.

Peter's denial of His Teacher (Jesus) left him a naked and humble version of himself. Peter had come a long way since he left the fishing boat to follow Christ, but he failed ti understand that he had not come into all truth yet. Jesus was still leading him into more truth. as recorded in Acts we find him on the roof of a building praying, not aware that another divine event was about to strip away more of his religious bias that was keeping from knowing all truth. A group of Gentile believers were coming under the leading of the Spirit to invite Him to their home. As of yet Peter, a proper Jew would never dream of going against the Jewish Law by entering the house of a Gentile. Some preparation was needed before Peter would accept this as a God thing. Knowing his heart The Lord spoke to him in a vision, showing him a sheet filled with all manner of unclean animals, and commanding him to "kill and eat".

Peter was so caught up in the past way of doing things that he did not want to do what God asked him to do in the now. He was under the impression that God was asking him to disobey God's Word that was spoken in the past. He had put so much confidence in what God spoke in the past that he refused to listen to God in the now. "Not so, Lord," Peter asserted. Today religious people are still in the same boat. Who is Lord...the law of God of the God or the law? Today...who is Lord, the bible that points to God or the God of the bible? People today hold to the traditional view of the bible pertaining to its past history, wallowing in the same blindness of the Jews of whom the prophet spoke, "Hear now this, foolish people and without understanding; who have eyes, and don't see; who have ears, and don't ear" (Jeremiah 5:21).

I am sure that this is as confusing to religionists today as it was to the Jewish Peter. To go against the written word of the past is to believe something that God had previously forbidden. This kind of thinking is lacking knowledge that God's purposes are progressive. God's eternal purpose has, and never will change, however God's in working out his eternal purpose, with regard to man, his purpose are progressive, who has yet to realize the "restitution of all things". Though God does not change, we must, and that change is progressive until we come to the fullness of Christ. We, as Peter did, must come to that realization and break free from the law mentality that God fulfilled in the perfect life and sacrifice of Jesus Christ. Peter learned that what was once deemed unclean was now clean in His Son.

Jesus came to fulfill scripture..He did just that. Like Peter, religionists do not recognize that all scripture has a time fulfillment when the imperfect passes away and the perfect comes. "Whether there are prophecies they will fail; whether there are tongues, they will cease; whether there is knowledge, it will vanish away, but the love of God will always remain, for the greatest of these is love and God is love."

So what is going on with Peter? God was leading him out of that which was imperfect, into what is perfect. How often are religionists in opposition to the plan of God for the Community of the Redeemed, hindering the fulfillment of scripture. We stand on the "written word," by doing so we defy the "Living Word" and refuse to let Him lead us into the reality of the Christ that the written word testifies of. The death of our preconceived ideologies and doctrines about what the scriptures mean is required before we can move beyond our natural human limited understanding to see from God's eternal purpose.

To ignore this truth is to be like Peter, calling Jesus Lord, while refusing His Headship and Lordship.