The God of Religion 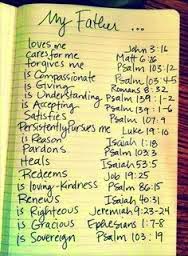 Is it possible that some of the characteristics religion has attributed to God is not only untrue, but in actual fact, are the traits of Satan? Religion worships a false God, a God based on their misinterpreted understanding of scripture has created a schizophrenic, egotistic, punitive God of horror. They have bombarded this concept so deep in the minds of the mine altered religious denominated saints, that to even question the religious hogwash is to be considered a hieratic that is hell bound.

What are some of the false God's religion has created?

Plus the many more Gods that are created in the image of man.

To understand the depravity of this religious nonsense that portrays God as a of rules and judgement, you need to go for a swim in God's ocean of Grace and drown this religious hogwash.