A Pretender is a Hypocrite. 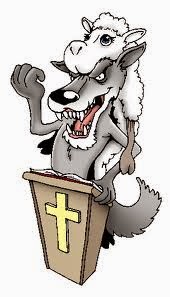 “All men or churches not placing all in the life, light and guidance of the Holy Spirit of Christ, but pretending to act in the name and for the glory of God from opinions which their logic and learning have collected from scripture words or from what a Calvin, an Arminius, a Socinus or some smaller name has told them to be right or wrong, all such are but where the apostles were when it was said of them, "there was a strife among them who should be the greatest." And how much, so ever they may say and boast of their great zeal for truth and the only glory of God, their own open notorious behavior towards one another is proof enough that the great strife amongst them is which shall be the greatest sect or have the largest number of followers. This strife is from the same root and just as useful to Christianity as that of the carnal apostles who fought over who should be the greatest. It is not the numbers of men or kingdoms professing Christianity that is the glory of Christ's church, but numbers redeemed from the death of Adam into His marvelous life! In whatever nation Christianity is meant to be or sought after by the profession of the gospel (other than a new heavenly life through the mediatorial nature and Spirit of the eternal Son of God, born into the fallen soul), wherever this spirituality of the gospel-redemption is denied or overlooked, there the spirit of self, of Satanic and worldly subtlety will be in both church and priest and supreme power in all that is called religion.”