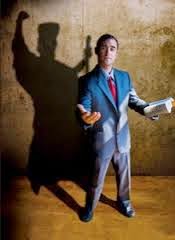 Pharisees were considered by the religious “laity” (a religious class distinction that should be non-existent in the Community of the Redeemed) and by themselves to be the spiritual elite Law experts and teachers thus, the epitome of spiritual advisers and they reveled in that recognition and class distinction.

In scripture there is an account of a woman caught in adultery. Her Pharisaical accusers made her stand before their religious peers and in a pious manner said to Jesus...hoping to trap Him...“Teacher, this woman was caught in the act of adultery. In the Law Moses commanded us to stone such women. Now what do you say?’"

As religious leaders of Jesus’ day, the Pharisees were noted for, (at least outwardly) upholding the Law of Moses and very legalistic about people keeping the Law. Many of their rules were man-made, designed to keep people in bondage to them and under their direct control. Their rigid law keeping regulations made them hard taskmasters because they used the rules as a means to humiliate, manipulate and control people.
They were lovers of the Law more than they were lovers of people.

They used a woman caught in adultery and their devious religious rules to trap Jesus so they could condemn Him because they were intensely jealous and extremely critical of Him in that He did not succumb to their religious authority and the way they viewed God. However, Jesus caught them in their own trap and exposed them for who they truly were by agreeing with them and saying, “let the one who has never sinned be the one to cast the first stone!” Even though  they were “white washed" and pious on the outside, they were not without sin, they just hid it under the mask of religious law keeping. One by one they dispatched and went their own way.

The Pharisees and the religionists of our day are self-righteous, legalistic, judgmental and condemning. Why?

People who are theologically or religiously right in their own minds are like this because they are afraid of being wrong. Their pious religiosity has nothing to do with being spiritual. In fact it is a barrier against the Spirit of Christ. They are in denial about themselves emotionally and their inability to keep the law. They are afraid of knowing themselves, afraid of people knowing them for being wrong, and for whom they truly are, so they hide their true self behind a religious mask of super-spirituality, outwardly pretending to be something they are not on the inside. When they do this long enough, they end up believing that the mask individual people see is their real self.
The result is, they die on the inside a little every day as compassionate, forgiving,graceful and a loving people.

Furthermore, the more rigid, legalistic, authoritarian and self-righteous they are, the more insecure they are. They are living a lie. This is why Jesus condemned their religious facade. This is true not only of the religious Pharisees of Christ’s day but also true of rigid, legalistic, and authoritarian religious people today. They are “blind leaders of the blind and don’t know it.” If  we follow their leadership we too, will die a little every day as a graceful and loving person.

The problem lies in the different understanding they have of the nature of God. For to the religious Pharisees, as well as the religious people of the present, God is primarily a God who makes rules and regulations to be obeyed, loves us if we keep the rules, but punishes us if we do not keep them. On the other hand, to Jesus, as well as believers in His Gospel of Grace, God is primarily “gracious and merciful, slow to anger and abounding in steadfast love”, and id good yo all... (Ps. 145:8-9).

The ultimate reason why the Pharisees’ were antagonizing toward Jesus lay in His ignoring of their six hundred elaborate rules that they tacked on to the Mosaic Law that must be kept to validate the way they interpreted the Law. Not only did they devise these man-made rules, but they had also elevated them above the level of the Scripture, so that to break one of their rules was to violate the law of God itself. Instead these man-made rules, not only concealed the true intent of God’s law, but also, in some cases, actually violated it (see Mark 7:9–13).

As believers, we need to be careful that we do not add our own man-made interpretations or rules to the Scriptures. Some beliefs that we hold dearly may be derived more from our religious culture, environment or denominated denominational beliefs more than derived from Scripture, and we need to learn to discern the differences.

Religious judgmentalism and condemnation among religionists today is a result of the injection of devil-inspired man-made ideologies into the Gospel that are accepted as doctrines of Christ. It is sad, but that is basically what the Pharisees were doing in Jesus’ day and what religion is continuing to do in the present.