What is "Sound Doctrine"? 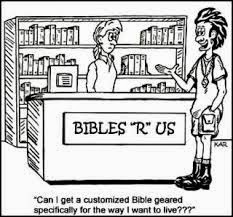 But, what is "sound doctrine"? Shouldn't we take the criteria for "sound doctrine" from the Scriptures themselves? The Apostle Paul defines the critera as to what is sound doctrine and what is unsound doctrine. The first indicator that doctrine is sound is that it "boasts in the finished work” of our Lord Jesus Christ by His death on the “cross" followed by His resurrection.

See with what large letters I am writing to you with my own hand. Those who desire to make a good showing in the flesh try to compel you to be circumcised, simply so that they will not be persecuted for the cross of Christ. For those who are circumcised do not even keep the Law themselves, but they desire to have you circumcised so that they may boast in your flesh. But may it never be that I would boast, except in the cross of our Lord Jesus Christ, through which the world has been crucified to me, and I to the world. For neither is circumcision anything, nor uncircumcision, but a new creation. And those who will walk by this rule, peace and mercy be upon them, and upon the Israel of God. (Galatians 6:11-16)

Sound teaching therefore must direct its "boasting" to the finished work of cross of Christ and His subsequent resurrection. (For example, the unsound teaching or legalism of circumcision in the Galatian congregation detracted from the boasting in the cross of Christ...as do the mixing of grace with law (religious rule keeping) of denominations today.

A second indicator mentioned by Paul with regard to sound doctrine is; But flee from these things, you man of God, and pursue righteousness, godliness, faith, love, perseverance and gentleness. Fight the good fight of faith; take hold of the eternal life to which you were called, and you made the good confession in the presence of many witnesses. I charge you in the presence of God, who gives life to all things, and of Christ Jesus, who testified the good confession before Pontius Pilate, that you keep the commandment without stain or reproach until the appearing of our Lord Jesus Christ, which He will bring about at the proper time—He who is the blessed and only Sovereign, the King of kings and Lord of lords, who alone possesses immortality and dwells in unapproachable light, whom no man has seen or can see. To Him be honor and eternal dominion! Amen. (1 Timothy 6:11-16)

This "commandment" is that we believe in the name of His Son Jesus Christ, and love one another, just as He commanded us (1 John 3:23). In other words, sound teaching can only come from those who are in a relationship with the Lord and understand God’s plan for the Community of the Redeemed and the Community of Humanity by showing His grace, love and compassion to them, by the GOOD NEWS of living the GOSPEL of GRACE.

The spiritual gift of the exposition of scripture truth is therefore meant for edification (1 Cor 14:26) through the "boasting" of the finished work of Christ on the cross of. That is the meaning of "sound doctrine.”

Here's what Paul had to say about "sound doctrine" when he wrote to the apostle, Titus:

"You, (Titus) however, must teach what is appropriate to sound doctrine." Titus 2:1

"Teach the older men to be temperate, worthy of respect, self-controlled, and sound in faith, in love and in endurance. Likewise, teach the older women to be reverent in the way they live, not to be slanderers or addicted to much wine, but to teach what is good. Then they can urge the younger women to love their husbands and children, to be self-controlled and pure, to be busy at home, to be kind, and to be subject to their husbands, so that no one will malign the word of God." Titus 2:2-5

Paul says that sound doctrine is all about being self-controlled, loving, patient and full of faith? Huh. What about the religious rules, law-keeping, hell-fire, tithing, healing, bible infallibility, hell fire and eternal punishment and some of the other 600 doctrines that exist out there as is preached by the religious world.

Hang on, let's see what he says after this part. Maybe the rules and laws come later:
"Similarly, encourage the young men to be self-controlled. In everything set them an example by doing what is good. In your teaching show integrity, seriousness and soundness of speech that cannot be condemned, so that those who oppose you may be ashamed because they have nothing bad to say about us." (Titus 2:6-8)

It seems that according to Scripture, sound doctrine is more about how we live our lives before one another in our daily living...than what we learn and how we act in a denominated segregated Sunday-go-morning two hour meeting. Sound doctrine is setting examples for one another by loving one another, helping one another, doing for one another, showing integrity, speaking truthfully, living a simple, decent life before men in our daily living as Christ lives His life through us. That is religiously shocking to the religionists. But the fact is, Paul's goal here seems to be more about living out a sincere, authentic faith before the world than in any personal piety or in following rules and laws and meeting in some segregated denominated building on a Sunday. Maybe he gets to the part about hell-fire or law and religious rule-keeping later? Let's see:

"For the grace of God has appeared that offers salvation to all people. It teaches us to say “No” to ungodliness and worldly passions, and to live self-controlled, upright and godly lives in this present age, while we wait for the blessed hope—the appearing of the glory of our great God and Savior, Jesus Christ, who gave himself for us to redeem us from all wickedness and to purify for himself a people that are his very own, eager to do what is good." - Titus 2:11-14

What is the name of religion is Paul doing by emphasizing the whole idea of Grace as a means not to sin, doesn’t he know that it is only striving to keep the law that gives us power over sin like religion tells us. Yet here he says that Grace teaches us to say "No" to ungodliness and worldly passions. I thought Grace was there to give us a pass when we say "Yes" to our worldly passions, according to the religionists? Hmm...I wonder if the religionists law-gospel heralders got it wrong?  Again, Paul teaches here that Grace empowers us to live out the Sound Doctrine of living self-controlled, upright and godly lives.

"These, then, are the things you should teach." (Titus 2:15) “Come on Paul, aren’t you going against the religious standard by teaching such heresies?

Shouldn't we teach "Sound Doctrine" as Paul outlines it for us here. We are called to teach one another to live simple, humble, godly lives of service, love, compassion and integrity before one another and to the world around us. How? By the power of Grace that "teaches us to say 'No' to ungodliness and worldly passions."

"But I received mercy for this reason, that in me, as the foremost, Jesus Christ might display his perfect patience as an example to those who were to believe in him for eternal life." (1 Timothy 1:16)

"Let no one despise you for your youth, but set the believers an example in speech, in conduct, in love, in faith, in purity." (1 Timothy 4:12)

"...not domineering over those in your charge, but being examples to the flock." (1 Peter 5:3) In religion, a lot of doctrine is unhealthy. Ultra conservative views about worship, music, marriage and divorce, woman’s role, leadership qualifications, etc. are radically sectarian, divisive, hurtful, and unhealthy for the body. This comes back to the question: Does religion make people better or worse? If a belief or doctrine causes you to act less rational, less compassionate and less kind, then that belief is unhealthy. This is so ironic because some of the most unsound (unhealthy) doctrine out there thrives in religious environments where they are constantly defending their denominational “soundness."

If our religion today would major on sound doctrine like this and not divide over denominational man-made unsound doctrine, some of which is devil inspired, we might actually live out the true sound doctrine as Paul describes and present the true gospel to the Community of Humanity.

Disputes and arguments over man-made religious doctrines come because we allow them to become more important to us than our relationship with Christ, our unity in Christ and our spiritual maturing in Christ.