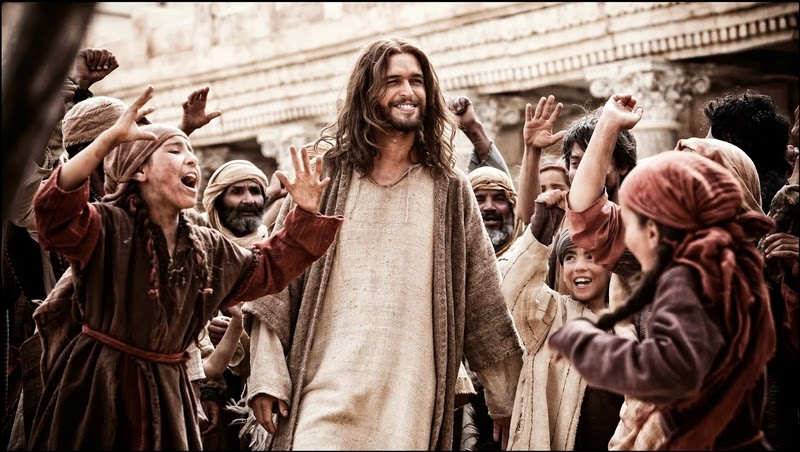 In the movie, Jesus (who is in fact the figure of the Antichrist/Satan and not the true Jesus) is depicted as God and has all the attributes of God.

The Antichrist is the master of disguise and has deceived many in the Community of the Redeemed yet, they are unaware they are deceived and are singing his songs of deception  as if they are godly.

Who can dispute that we are living in a day where we are seeing an increase in Satan’s efforts to trap people in sin...and I am not referring to the overt sin that the sin condemners are preaching against that is rampant the land. I am referring to him being among us as an angle of light standing among us as He tries to solidify his stranglehold of deception on all of God’s creation especially believers..

Most believers and are looking forward to a future event in the future, where the Antichrist will sit himself down on a throne in a new temple to be built in Jerusalem, while at the same time they are oblivious to the truth that it is already happening in our midst and the majority of the people of God are totally ignorant to the fact and worshiping him as if he is Christ. Paul the apostle warned the Church what to expect of Satan in 2 Thess. 2:4...”who opposes and exalts himself above all that is called God or that is worshiped, so that he sits in the temple of God, showing Himself that He is God.” The Antichrist is alive and well in religion today.

The Bible leaves no doubt as to “who” the temple of God is! 1 Corinthians 3:16...Do you not know the “YOU” are the “TEMPLE” of God and that the Spirit of God dwells in you?

Even though you may believe that this will happen in the future, don’t overlook the fact that we need to look in our own hearts and gatherings where the antichrist spirit is at work today through all the deceptions that the religion’s of the world have accepted as being godly.