Who would Jesus Torture? 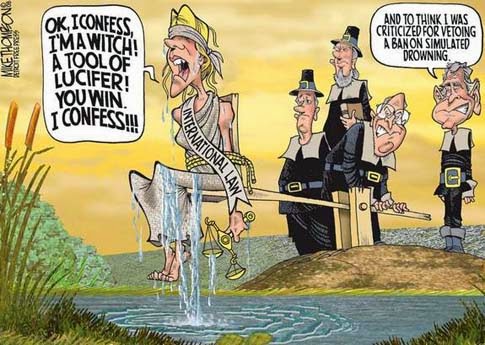 Why do so many Christians sing the song of “gloom, doom, despair and agony on me” and encourage people to take a stand against what is happening on the world scene, because if not we will be tortured due to terrorist attacks, and our cities being flattened by tsunamis, hurricanes, earthquakes, floods and typhoons...all brought on by God because of the sins of the people?

As if that wasn’t enough, the vast majority of Christians believe, support and purport the endless torture of the unbelieving dead...including, the billions that have never heard the gospel, those who have never heard about Jesus, infants and children, teenagers and adults who have never said the “sinner’s prayer”...all brought on by God because of people’s sins. 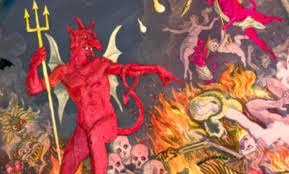 Wow...this God is a very revengeful God! In essence the vast majority of God’s creation that He created because of His love, He knew before He created them would spend eternity in the torture chamber. Is there not something wrong with this doctrine that paints such a grotesque monster of our loving and graceful God?

When we research the history of Christianity, it is not so uprising as to the reason most Christians think this way....after all, Christianity is no stranger to torture, on times even being the cause of it. It is the Christian religion that brought us the Inquisition...the Crusades...and the burning of witches and other people on stakes who would not go along with their beliefs. Religion is what fueled the thinking of the Ku-Klux-Klan and their murderous killings. Though the Christian religion is not so blatant about it today as during the inquisition and the Crusades, nevertheless, torture carries on today in the form of mental anguish to children and grown ups alike, because of assigning their dead unbelieving friends and family members to eternal hell flames. So perhaps it makes sense that Christians are more supportive of eternal torture and that God Himself condemns people to the torture chamber...as is preached by the fear-mongers in the modern Church.

This eternal damnation and torture is believed by most evangelicals, fundamentalists, conservatives and liberals whether they be Protestants or Catholics and teach that God’s holiness is the reason God sanctions it. They mouth that “God is good...BUT...He is also holy therefore, must punish sin. God says, “Be ye holy as I am holy", mmmmmmmm, is that why Christians torture people? Really, the Pope is considered a “Holy Person” by many people, yet the same people who claim that God sanctions the torture of people would never agree with the Pope sanctioning the torture of people. Really, does God’s holiness justify torture?

Well, what does Christ say? “I came not into the world to condemn the world but that people should be saved.”

Without knowing it, religion is giving the devil victory and portraying that he is more persuasive and powerful than God. Although God loves everyone and wills that all be apart of His kingdom they teach that the devil gets the vast majority of His creation to suffer for eternity in the torture chamber of hell...and get this...God is the one who has ordained it! Wow, how ironic. Imagine believing that God created all these people so the devil could have them!

Why do religious people believe that a loving, merciful and compassionate God justifies such a diabolical atrocity.

I wonder...do Christians support torture because…religion is evil? Ex. Centuries of torture, inquisition, war, the temporal power of church, corruption, abuse, greed, incitement to violence, cruelty, racism, dehumanization, slavery, devaluation of women, exploitation, etc., has been carried out by religion in the name of God....is that not evil?

Who would Jesus torture?