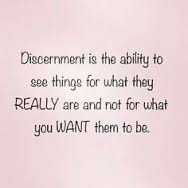 Leaders who abuse and misuse the Bible...knowingly or unknowingly...and whose congregations believe the abusing illusions to be spiritual truth, can coerce from you as much as a fear-mongering robber can with a gun pointed to your head!

Do you honestly believe that God would direct His people to do something, yet, He Himself would turn around and do exactly the opposite?

Do you believe that God would tell us as believers to love our enemies and do good to them that despitefully use us then He Himself do the opposite to those we consider His enemies by sending them to the torture chamber of hell fire to suffer untold punishment for ever and ever? That is exactly what is being taught by Bible abusers!

Please don't misunderstand me...I know God has many wonderful believers in the religious system who unknowingly are Bible abusers and are blinded and disillusioned by the system. It is not entirely their fault that they are in spiritual darkness. They have been indoctrinated by man-made denominational theology and have accepted the false doctrine as truth...they know not the true gospel...that denominational seed that was planted by denominated doctrine has rooted and grown in their hearts to where they themselves now reproduce the delusional truth as the gospel...even though it is not the Gospel!

AND...it is only a revelation of God through His appointed and anointed Teacher, the...Spirit of Truth...that can reveal to people that the deceptive delusions they believe as truth has choked the Truth of the Gospel and the lie that religious fables are the Gospel!